HISTORY OF THE BUILD HAITI FOUNDATION
Conceived in 2006 by a group of Haitian entrepreneurs in Maryland passionately interested in improving the quality of life for the people in Haiti, the Build Haiti Foundation evolved from a fact-finding, consultative organization to a collaborative agency combining the ideas and resources of local Haitians, expats and Friends of Haiti to support sustainable models of Haitian development. Trips to Haiti between 2006 and 2007, coupled with a technology expo in July of 2007, helped to more clearly define its mission as an organization dedicated to working with the Haitian diaspora to effect change in Haiti.

Since the 2010 earthquake, which devastated Haiti’s capital of Port-au- Prince, the Build Haiti Foundation has undertaken projects in Haiti that have had a direct impact on the lives of Haitians in the northern village of Camp Coq, approximately an hour’s drive west from Cap Haitien, the second largest city in Haiti:
ABOUT HAITI 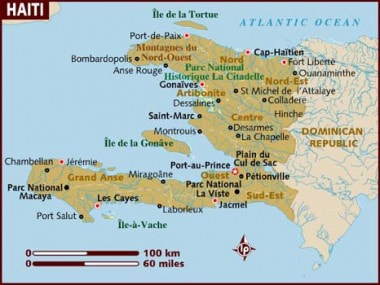 ​Haiti is one of the least developed and least stable countries in the Western Hemisphere. While the availability of consumer goods and services is adequate in the capital, Port-au-Prince, other parts of the country experience chronic shortages. Most consumer products are imported and expensive.
French is one of two official languages, but it is spoken fluently by only about 10% of the people. All Haitians speak Creole, the country’s other official language. English and Spanish are increasingly used as second languages among the young and in the business sector.

The dominant religion is Roman Catholicism. Increasing numbers of Haitians have converted to Protestantism through the work of missionaries active throughout the country. Much of the population also practices voodoo (voodoo), recognized by the government as a religion in April 2003. Haitians tend to see no conflict in these African-rooted beliefs coexisting with Christian faith.

Although public education is free, the cost is still quite high for Haitian families who must pay for uniforms, textbooks, supplies, and other inputs. Due to weak state provision of education services, private and parochial schools account for approximately 90% of primary schools, and only 65% of primary school-aged children are actually enrolled. At the secondary level, the figure drops to around 20%. Less than 35% of those who enter will complete primary school. Though Haitians place a high value on education, few can afford to send their children to secondary school and primary school enrollment is dropping due to economic factors.

Remittances sent by Haitians living abroad are important in paying educational costs. After the January 12, 2010 earthquake most schools in the greater Port-au-Prince area were not operating, though some schools re-opened on April 5. As of July 1, 2010, 75% of students in earthquake-affected areas had returned to school.
PORT AU PRINCE HISTORY 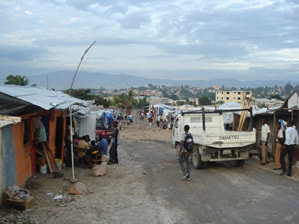 As the capital city of Haiti, Port au Prince has served as the seat of government for its leaders. With its resources and opportunities for employment it has been a magnet to the impoverished in surrounding villages whose needs have often been neglected by government officials. Seeking a better quality of life people have migrated from the countryside to Port au Prince only to find themselves living in tents, struggling to find employment and straining urban resources. Their condition became worse with the physical devastation of Port au Prince as a result of the 2010 earthquake.
​
Value of Engagement in the Build Haiti Foundation
The Build Haiti Foundation offers Haitian cultural support, networking and professional development opportunities for members of the Haitian Diaspora. It also provides these members with ways they can give back to Haiti by donating to the development of infrastructural projects in Haiti. Through its Global Leadership Program non-Haitian friends of the Build Haiti Foundation can experience the Haitian Creole culture and engage in meaningful service projects that will advance the welfare of the Haitian people. In supporting Haitian service projects these students, adult mentors and philanthropists will gain fulfillment in knowing that their investment has had an empowering impact on Haitians.